In this tutorial we'll go through a simple example of how to implement custom JWT (JSON Web Token) authentication in an ASP.NET Core 3.1 API with C#.

The tutorial project is available on GitHub at https://github.com/cornflourblue/aspnet-core-3-jwt-authentication-api.

To develop and run ASP.NET Core applications locally, download and install the following:

Postman is a great tool for testing APIs, you can download it at https://www.getpostman.com/. 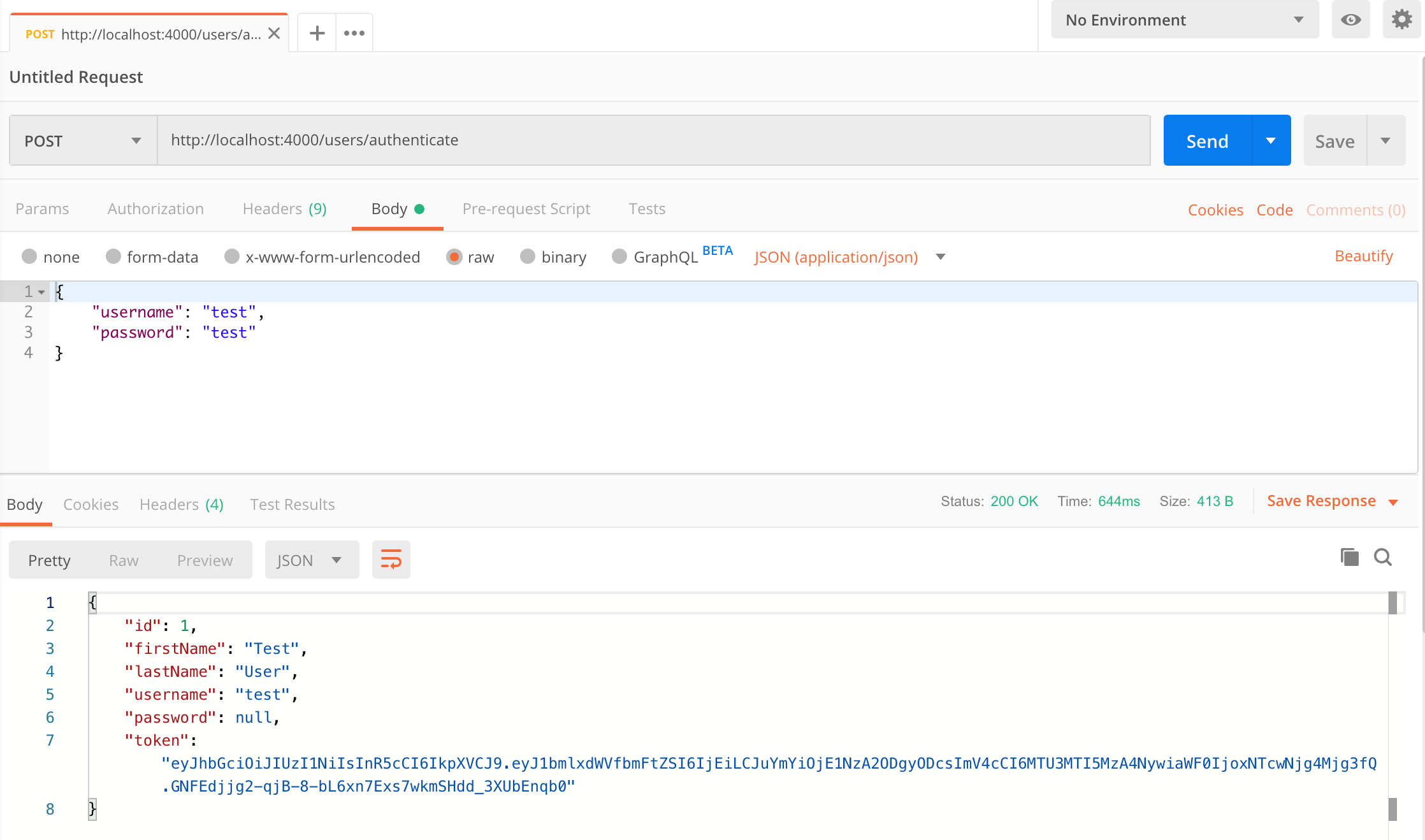 For full details about the example Angular 9 application see the post Angular 9 - JWT Authentication Example & Tutorial. But to get up and running quickly just follow the below steps.

The ASP.NET Core users controller defines and handles all routes / endpoints for the api that relate to users, this includes authentication and standard CRUD operations. Within each route the controller calls the user service to perform the action required which keeps the controller 'lean' and completely separated from the business logic and data access code.

The app settings class contains properties defined in the appsettings.json file and is used for accessing application settings via objects that are injected into classes using the ASP.NET Core built in dependency injection (DI) system. For example the User Service accesses app settings via an IOptions<AppSettings> appSettings object that is injected into the constructor.

ASP.NET Core Data Annotations are used to automatically handle model validation, the [Required] attribute sets both the username and password as required fields so if either are missing a validation error message is returned from the api.

I hardcoded the array of users in the example to keep it focused on JWT authentication, in a production application it is recommended to store user records in a database with hashed passwords. For an extended example that includes support for user registration and stores data with Entity Framework Core check out ASP.NET Core 3.1 - Simple API for Authentication, Registration and User Management.

The program class is a console app that is the main entry point to start the application, it configures and launches the web api host and web server using an instance of IHostBuilder. ASP.NET Core applications require a host in which to execute.

Kestrel is the web server used in the example, it's a new cross-platform web server for ASP.NET Core that's included in new project templates by default. Kestrel is fine to use on it's own for internal applications and development, but for public facing websites and applications it should sit behind a more mature reverse proxy server (IIS, Apache, Nginx etc) that will receive HTTP requests from the internet and forward them to Kestrel after initial handling and security checks.