In this tutorial we'll go through a simple example of how to implement custom JWT (JSON Web Token) authentication in a .NET 6.0 API with C#.

The tutorial project is available on GitHub at https://github.com/cornflourblue/dotnet-6-jwt-authentication-api.

NOTE: You can also start the application in debug mode in VS Code by opening the project root folder in VS Code and pressing F5 or by selecting Debug -> Start Debugging from the top menu. Running in debug mode allows you to attach breakpoints to pause execution and step through the application code. For more info on debugging .NET in VS Code see VS Code + .NET - Debug a .NET Web App in Visual Studio Code. 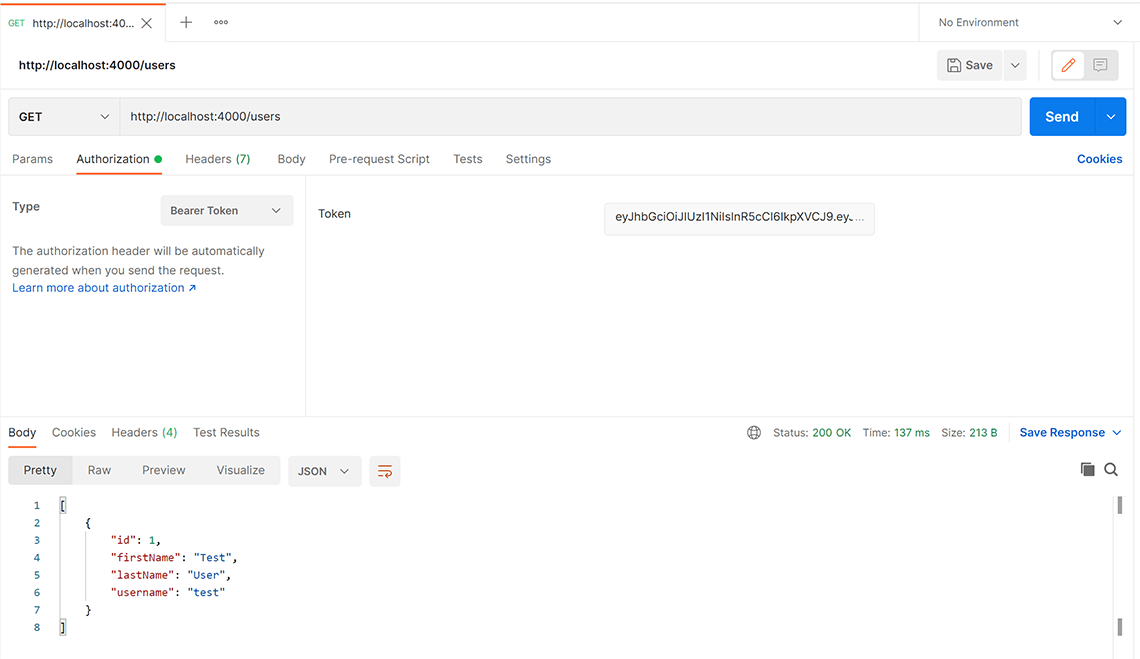 For full details about the example React application see the post React + Recoil - JWT Authentication Tutorial & Example. But to get up and running quickly just follow the below steps.

Mapping of configuration sections to classes is done in the Program.cs file.

I hardcoded the array of users in the example to keep it focused on JWT authentication, in a production application it is recommended to store user records in a database with hashed passwords. For an extended example that includes support for user registration and stores data with Entity Framework check out .NET 6.0 - User Registration and Login Tutorial with Example API.